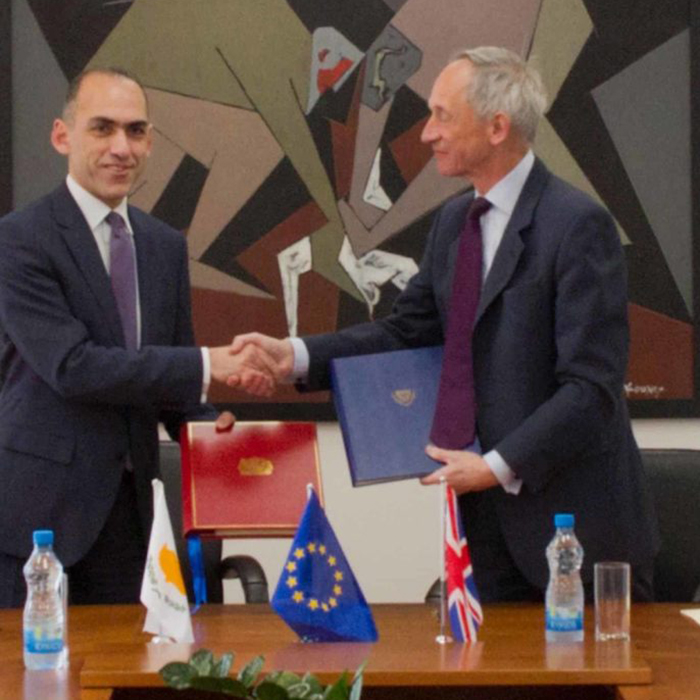 Cyprus and the United Kingdom have signed a new double tax treaty and accompanying Protocol (DTT).

Certain formal legal procedures must now take place in each State, following which the new DTT will enter into force. Once the new DTT enters into force it will take effect in Cyprus as from 1 January of the next calendar year; and in the UK (i) for withholding taxes (WHTs) for amounts paid or credited on or after 1 January of the next calendar year, (ii) for income tax and capital gains tax from the next 6 April, and (iii) for corporation tax for any financial year beginning on or after the next 1 April.

Once the new DTT comes into effect it will replace the existing DTT between Cyprus and the UK (signed in 1974, amended by the 1980 Protocol).

The new DTT provides for a 0% WHT rate on payments of dividends, interest and royalties (with the exception of dividends paid by certain investment vehicles out of income derived, directly or indirectly, from tax exempt immovable property income, in such cases a 15% WHT rate applies).

For capital gains, Cyprus retains the exclusive taxing right on the disposal of shares made by Cyprus tax residents, except in the following cases:

– Where the shares derive more than 50% of their value (directly or indirectly) from immovable property situated in the UK. This does not apply to shares in which there is substantial and regular trading on a Stock Exchange.

– Where the shares derive their value or the greater part of their value (directly or indirectly) from certain offshore rights/property relating to exploration or exploitation of the seabed or subsoil or their natural resources located in the UK.

The new DTT incorporates the OECD/G20 Base Erosion and Profit Shifting (BEPS) project Action 6 report ‘Principal Purpose Test’ (PPT), which is a minimum standard under the BEPS project. The PPT provides that a DTT benefit shall not be granted, under conditions, if obtaining that benefit was one of the principal purposes of an arrangement or transaction. This measure is designed to tackle “treaty shopping” and puts a strong emphasis on ensuring that operations are supported by appropriate substance and reflect a principal commercial rationale.