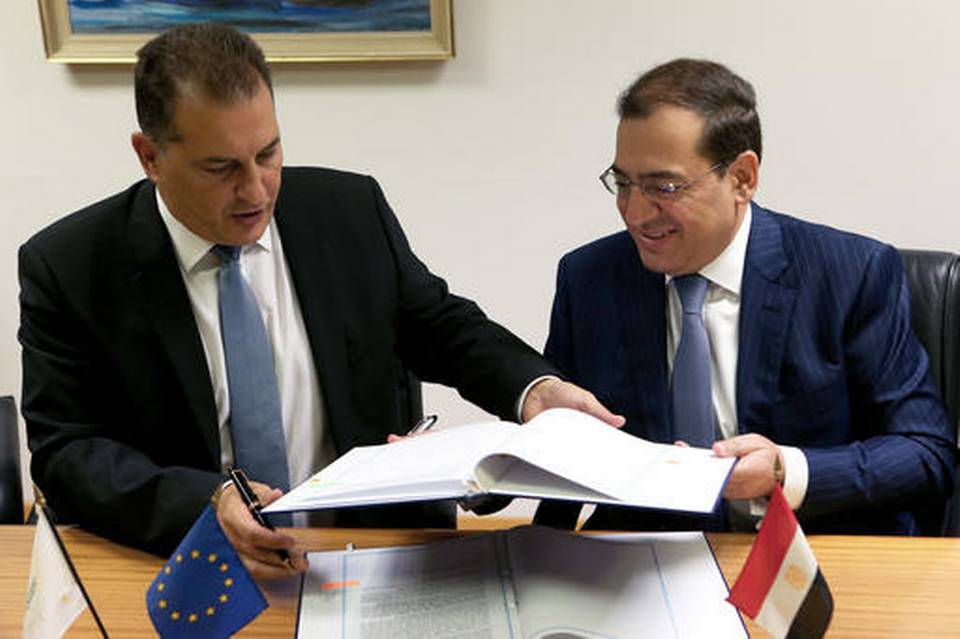 Cyprus and Egypt signed an agreement today creating the legal framework for energy companies to go ahead with their own commercial talks on the transport of natural gas from Cyprus to Egypt via an undersea pipeline.

In statements after a meeting with Cyprus President Nicos Anastasiades, Lakkotrypis said he and his Egyptian counterpart had signed “the first of a series of agreements which are necessary in order to establish a secure investment framework for the transport of natural gas from Cyprus’s Exclusive Economic Zone to Egypt.