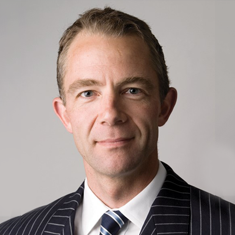 Foreign investors heaped praise on Cyprus during a special session focused on the country at the European Bank of Reconstruction and Development (EBRD) annual meeting on Thursday 11 May.

Columbia is in the process of merging with Marlow Navigation to create the largest ship management operation in the world. O’Neill said that “of course” they would be heading their new operations from Cyprus.

O’Neill said it was “incredible” how educated the workforce was as well as “how dynamic and hungry this workforce is”, noting that in a recent visit to Shanghai there were many Cypriots plying their business.

“It is a challenging geographical environment, but people try just that little bit harder and it really, really works,” he said, adding later that it was also rare to see a minister of transport so active in promoting his country abroad.

Nikolaos Zamboglu, an oncologist who is returning to Cyprus after decades spent in Germany to found the German Oncology Centre, was also impressed.

“The decision to move from medical director in Germany to come in Cyprus as an investor was a long jump. I thought I would have much more difficulties,” he said. “Really, I was most extremely surprised. We have the potential in Cyprus and I think the highest potential we have is the human potential.”

Chief Executive Officer of RCB Bank Kirill Zimarin said: “Major reforms were done in the areas of public finance, the banking sector, the labour market … It is not only quantitative but qualitative.”