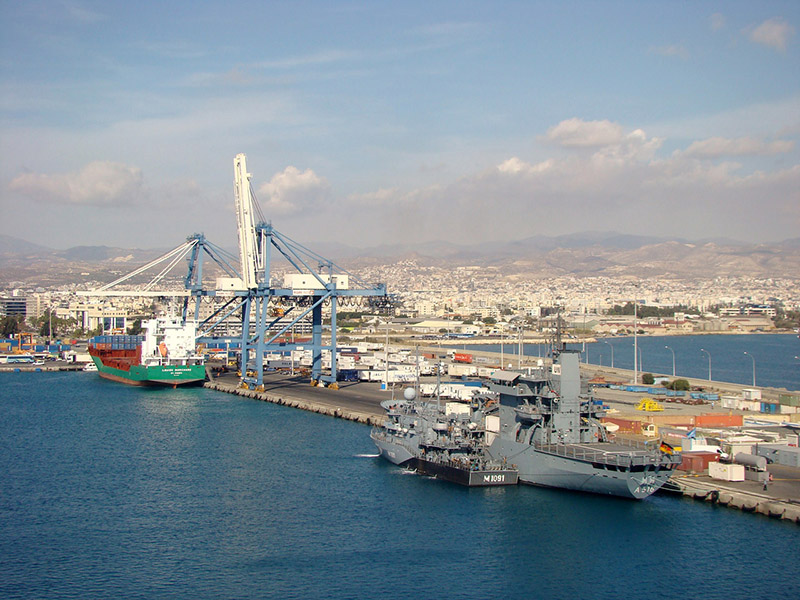 Three contracts on the privatisation of Limassol port services were signed on Monday 25 April at the Presidential Palace, by which the container terminal is now under the management of the Eurogate/Interorient/East Med Holdings joint venture, while DP World/GP Vasilopoulos will manage marine services and the multi-purpose terminal.

Transport minister Marios Demetriades called the contracts a crucial step in the development of the Cypriot economy, noting they are a combination of the institutional strength of the public sector and the commercial power of the private sector.

‘The economy of the country now has a new gate towards growth. The new age for the Limassol port begins’, said Demetriades in a speech, adding that the government will generate revenue of € 1.9 billion in the next 25 years, in addition to other positive effects on the Cyprus economy from the increase in port activity.

The government will continue to be the owner of the Limassol Port, which the joint ventures will upgrade and modernise through investments in infrastructure.

The privatisation of the port’s operations is the second largest project which is a cooperation of the private and public sector, after the construction and management of the airports.

Thomas H. Eckelmann, President of Eurogate International, said he expected the port under his management to transport 500,000 containers a year, while under current management it transports 300.000.

CEO of DP World Sultan Ahmed Bin Sulayem said that along with Eurogate, they would make use of their experience as international managers of terminals to develop the port.