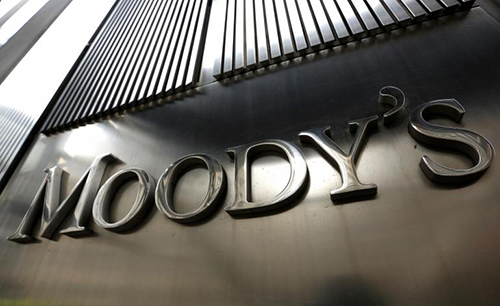 Moody’s Investors Service upgraded Cyprus’s sovereign credit rating by two notches to B1 on Friday 13 November and placed it on stable outlook, citing the faster than expected economic recovery and the outperformance of fiscal targets.

“The first driver of Moody’s decision to upgrade Cyprus’ rating to B1 is the faster than expected economic recovery, and the expectation that the export sector will continue to demonstrate resilience and will now be augmented by growth in domestic demand,” Moody’s said.

“Moreover, Moody’s believes that structural reforms that improve competitiveness along with prospective structural reforms such as the reform of the public administration, privatisation and also the gradual strengthening of the financial sector will improve the sustainability of medium-term growth.”

“Improvements in cost competitiveness underpin the potential of the export sector as wage growth will likely remain moderate in the coming years,” the rating company said. “Importantly, the economy, and in particular the tourism and banking sectors, have demonstrated resilience to the economic downturn in Russia and the escalation of the economic crisis in Greece earlier this year.”

Moody’s said that Cyprus’s adjustment programme which included economic and financial reforms in exchange for a €10bn bailout, paid off with respect to the country’s fiscal performance as the reduction of the government’s payroll and benefits initiated in 2013 generated a fiscal consolidation of 7.5 per cent of gross domestic product until 2014.

“Strong fiscal discipline and budget execution has persisted since then, supporting the outperformance of fiscal targets,” Moody’s said, adding that Cyprus will not need additional budget cuts to generate a primary budget surplus of 2.5 per cent of economic output next year without impacting growth. The rating company revised its 2015 growth forecast to 1.2 per cent from an earlier 0.5 per cent and said the rate of increase of economic output will accelerate to 1.4 per cent in 2016.