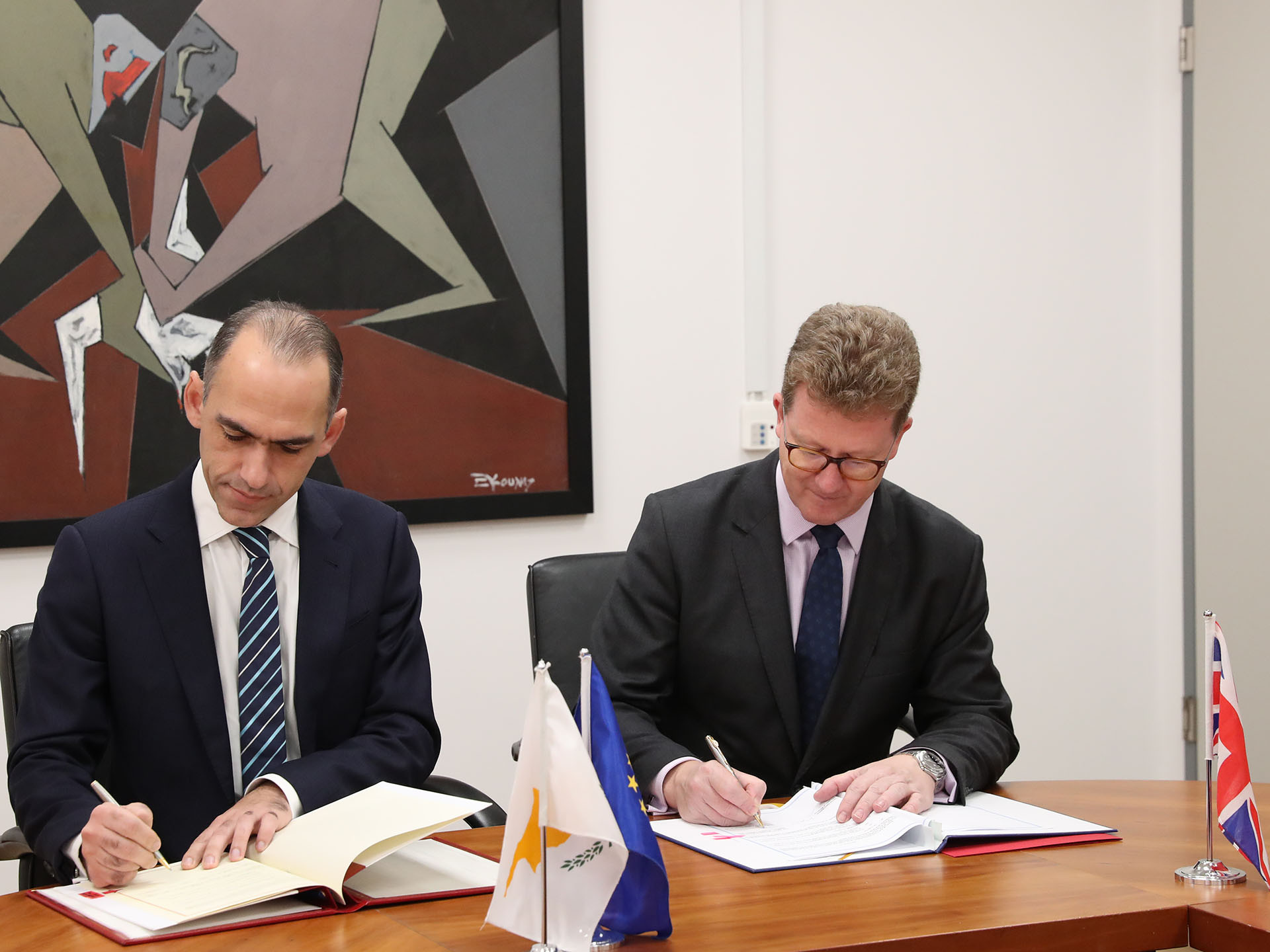 A Protocol for the Elimination of Double Taxation with respect to Taxes on Income and on Capital Gains and the Prevention of Tax Evasion and Avoidance was signed December 19, 2018 in Nicosia between the Government of the Republic of Cyprus and the Government of the United Kingdom of Great Britain and Northern Ireland.

On behalf of the Republic of Cyprus the treaty was signed by the Minister of Finance, Mr Harris Georgiades, and on behalf of the United Kingdom, by the British High Commissioner to Cyprus, Mr Stephen Lillie.