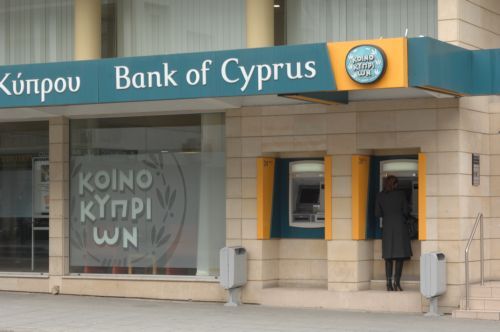 The results of the Comprehensive Assessment for Cypriot banks by ECB and EBA, published on Sunday, confirm the final stabilization of and restoration of confidence in the financial system of Cyprus, as well as the positive outlook for the Cypriot economy, the Ministry of Finance says.

According to an official announcement issued by the Ministry, the results of the Comprehensive Assessment show that the Cypriot Banks will not need state support.

The Ministry points out that the four Cypriot banks which participated in the Assessment, namely the Bank of Cyprus, the Cooperative Central Bank, the Hellenic Bank and the Russian Commercial Bank, “during the past year have taken significant preventive measures for further strengthening of their capital adequacy, while additional measures for that reason are underway”.

The Ministry notes that the capital deficit for the Hellenic Bank “seems perfectly manageable.”

The Association of Cyprus Banks (ACB) has expressed satisfaction with the positive results of the Comprehensive Assessment of the four Cypriot banks.

According to the Association, the results show that “our banks have responded positively to the strict quality control requirements of the assets and exercise stress test and are in a position to cope with future risks that might arise from a possible rapid deterioration of economic data.”

It also indicates that “actions taken by our banks over the past months led to a significant increase in capital, thus enhancing the resilience of the banking sector, as it is also confirmed by the analysis of the results.”

The Association believes that these positive developments enhance the international credibility and the public’s confidence in the Cypriot banking system, which are essential to the overall effort for recovery and growth of the Cyprus economy.