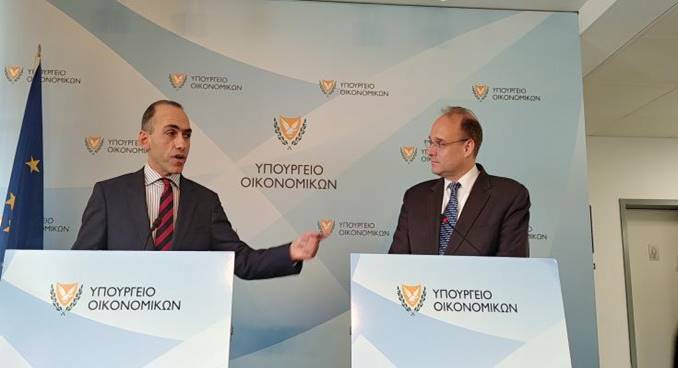 Billingslea, who was in Cyprus last week, met with Finance Minister Harris Georgiades, a visit described as part of the US’ scrutiny over the island’s financial sector.

Georgiades pointed out the two countries and the EU are promoting a common agenda on issues of AML and Counter Terrorism Financing.

“The work done by the government on anti-money laundering front, on the portfolio of topics has been outstanding,” Billingslea said in joint statements with Georgiades.

He added that “there has been enormous progress and improvements made in the different laws and regulations and enforcement authorities.”

On his part, Georiades said this was his third meeting with Billingslea, which “shows how close substantial our cooperation is developing.” Noting that the two countries enjoy excellent political relations, the Cypriot Minister said “AML and countering terrorism financing, is a major preoccupation for both of our governments, is a major preoccupation for the EU, for the US, and for us, and on these issues also we have a very strong collaboration promoting a common agenda.”